4 Ways to Make Your Coffee Healthy

Aside from the benefits and harms of coffee, it’s a fact that some mornings are truly unbearable without it. If you want to create a healthy coffee option while adding a little flavor to your coffee, you should definitely try adding these four spices to your coffee. 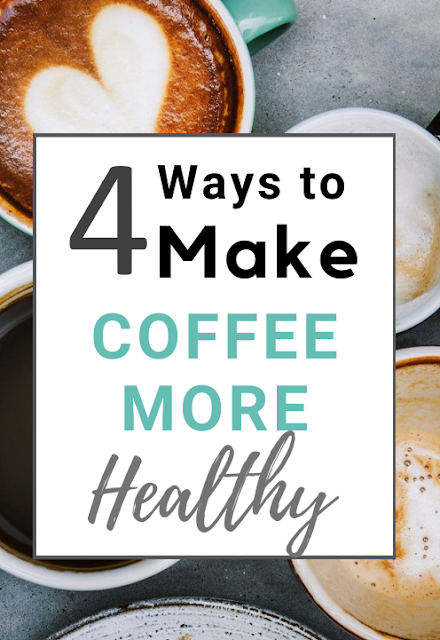 Cinnamon has been among the world’s favorite spices for thousands of years for its unique aroma as well as its healing properties. It is also indispensable for us as it has the highest antioxidant content. A small amount of cinnamon consumed every day helps protect the heart and brain, reduces the risk of cancer in cells, strengthens the immune system and balances your blood sugar. You can add half a teaspoon of powdered cinnamon into the coffee you have prepared. If you want to have a more intense and residue-free taste, you can brew your coffee by mixing a piece of cinnamon stick or a teaspoon of cinnamon powder with the ground coffee and adding hot water to it.

Note: If you are going to use cinnamon regularly every day, it is recommended to choose Ceylon cinnamon, which is a healthier alternative to the widely available Cassia cinnamon.

The healing of the ginger plant from its underground roots is one of the most commonly used natural remedies for stomach ailments. At the same time, ginger, which acts as a good antioxidant and anti-inflammatory, is good for muscle pain, lowers cholesterol levels and relaxes digestion. A teaspoon of powdered ginger you add into a cup of coffee or a piece of dry ginger that you add while brewing your coffee will not only sweeten your coffee, but will also help you benefit from all these healing properties.

Turmeric latte is a drink that those who follow wellness recipes are no stranger to. The active ingredients found in turmeric root help reduce inflammation in the body while strengthening the immune system with its antioxidant and anti-inflammatory properties. One of the most popular properties of turmeric is that it can be used as a support in the treatment of depression. You can add a teaspoon of turmeric to your plain coffee, or try a turmeric latte for a slightly softer flavor. Put a glass of milk (coconut milk, almond milk, or whatever milk you prefer) into a pot and heat it up a little. Add a teaspoon of coconut oil or ghee (ghee) into it. After it melts well, cover the bottom of the pot and add a teaspoon of turmeric. After mixing, add the milk into your brewed coffee. To increase the healing effect of turmeric, you can add a pinch of black pepper to the mixture. Black pepper will increase the bioavailability of turmeric and add an interesting spicy flavor to your coffee. Don’t hesitate to try it!

The pleasant feature of cocoa is a well-known fact. While it has slightly damaged its healthy reputation due to sugary desserts, cocoa is actually considered among the super foods that are quite beneficial to the body. Along with its anti-inflammatory properties, cocoa regulates blood pressure, supports good cholesterol and lowers bad cholesterol. It boosts your mode and creates an antidepressant effect, while at the same time supporting your brain health. By adding a teaspoon of raw cocoa to your cup of coffee, you can support your daily intake of fiber, antioxidants and magnesium and add fun to your morning coffee.

Attention: Organic raw cocoa is different from the powdered cocoa we use in desserts. Always choose raw cocoa to add to your coffee, otherwise you will only sweeten your coffee.