Amyotrophic Lateral Sclerosis (ALS): Everything You Need to Know

ALS is characterized by progressive degeneration of motor nerve cells in the brain (upper motor neurons) and spinal cord (lower motor neurons). When motor neurons are no longer able to send impulses to the muscles, the muscles begin to exhaustion (atrophy), resulting in muscle weakness. Although the root cause of ALS is unknown, the disease is inherited from parents in 5 to 10% of cases. ALS usually begins with muscle twitching and weakness or slurred speech in a limb. As the disease progresses, the muscles needed to move, talk, eat and breathe lose control. ALS does not affect a person’s sexual function, bowel or bladder functions in most cases. Survival time varies from the onset of the disease. Although the average life expectancy of ALS is known to be 2 to 5 years, there are many ALS patients who live 10 years or longer. An average of 1 to 2 people out of 100,000 people worldwide are diagnosed with ALS each year. ALS is more common in men than women. After the age of 65, ALS disease develops at the same rate in men and women. ALS is usually seen between the ages of 40-60, and it is very rare for the disease to begin before the age of 30. On the other hand, according to recent research, the number of ALS incidences appears to be more in white populations than in African, American, Asian or Hispanic populations. 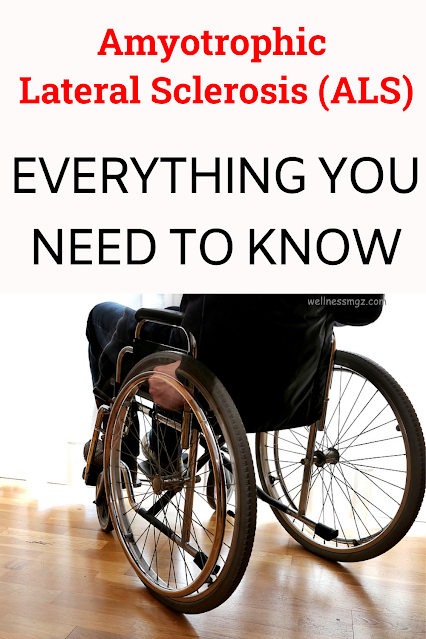 What are ALS disease classifications?

ALS cases are divided into familial and sporadic (non-hereditary). 90-95% of ALS cases are sporadic, meaning there is no family history in these cases. The cause of ALS disease in sporadic cases is unknown.

ALS disease is classified as follows:

It is a progressive neurological disease characterized by the disruption of upper and lower motor nerve cells (neurons). Classic ALS covers more than two-thirds of all patients with ALS.

It is a progressive neurological disease in which the upper motor nerve cells (neurons) are impaired. If lower motor neurons are not affected within two years, the disease usually remains a pure upper motor neuron disease. Primary Lateral Sclerosis is the rarest of all ALS forms.

It is a condition that starts with difficulty speaking, chewing and swallowing due to the deterioration of the lower motor nerve cell (neuron). This disorder covers approximately 25% of all patients with ALS.

It is a progressive neurological disease that affects more than one member of the same family. It covers 5% to 10% of patients with ALS.

What are the risk factors for ALS disease?

Identified risk factors for ALS include:

What are the symptoms of ALS?

People with ALS have a loss of muscle strength and coordination. As the disease progresses; routine work such as stepping up, getting up from a chair or swallowing can become unascogable. Muscle weakness can start in a part of the body such as the arm or hand, and as the disease progresses, more muscle groups develop problems. ALS disease does not affect the senses (sight, smell, taste, hearing). Although dementia and memory problems are not observed in general in ALS patients, it is known that dementia and memory problems may occur in a small number of patients.

As the disease progresses, in addition to the above items, the following symptoms may be seen:

As the disease progresses, ALS can cause the following complications:

The most common cause of death in patients with ALS is respiratory failure due to involvement of respiratory muscles. ALS patients with breathing difficulties may need a device to help them breathe at night. For example; Devices that provide continuous positive airway pressure (CPAP) or bi-level positive airway pressure (BIPAP) may be recommended to help ALS patients to breathe at night.

In the advanced stages of ALS, some people may prefer a tracheostomy, which is a surgically created hole from the front of the neck leading into the windpipe to fully use a breathing apparatus that better ventilates the lungs.

Most patients with ALS have trouble speaking. Assistive devices are available to help people with ALS communicate more clearly.

People with advanced ALS disease may develop dehydration due to difficulty swallowing. There is also a higher risk of contaminating the lungs with food, fluid, or saliva, which can cause pneumonia. A feeding tube can reduce these risks and provide proper hydration and nutrition.

People with ALS rarely have memory-dementia problems, they may be diagnosed with a type of dementia called fronto-temporal dementia.

How is ALS diagnosed?

In order to diagnose ALS correctly, the medical history of the person is evaluated and a physical / neurological examination is performed. Various laboratory and radiological tests applied to diagnose ALS disease are as follows:

What are the treatment methods for ALS?

Today, there is no definitive treatment for ALS disease, treatment methods aim to relieve symptoms, provide social and emotional support to the patient, and slow the progression of the disease.

A multidisciplinary team work is required in the treatment of ALS patients, the medical personnel that can be included in this team are as follows:

The main physician who is a specialist and responsible for the diagnosis, evaluation and management of the condition of ALS patients.

Low-effective exercise recommendations are made to maintain muscle strength and joint movement openness for as long as possible.

Stretching exercises for ALS patients can help reduce the frequency or intensity of muscle cramps. These should be done daily to prevent pain and stiffness.

The purpose of these exercises is to keep the joints at their normal range of motion and to prevent pain, edema and restriction.

Strengthening exercises are not recommended for ALS patients. Because exercising with weights may not strengthen the weakened muscles, but may cause muscle weakness to increase.

With the regular physiotherapy program, the aim is to preserve the existing muscle strength and the range of motion required for movement as long as possible, in a way that preserves the cardiovascular performance.

Most people with ALS have speech difficulties. Speech therapist deals with ALS patients who have difficulty speaking.

To coordinate optimal hydration and nutrition, she often works with the ALS speech pathologist and helps patients with nutritional changes.

Nutritional support is also important in ALS, as swallowing difficulties caused by the disease can make it difficult to get enough nutrients. Nutritionists can give some advice on preparing nutritious meals that are easier to swallow. Suction devices and feeding tubes can also help ALS patient.

Does ALS affect the senses?

ALS is a motor neuron disease, meaning it only affects the voluntary muscles of the body. Sensory neurons that control one’s senses are usually not affected. For this reason, most people with ALS continue to see, hear, touch, smell, and taste.

ALS is a non-communicable disease. It is not transmitted through direct contact with blood, body fluids or air.

There is currently no known cure for ALS disease. The patient’s quality of life and length can be increased with breathing devices and feeding tubes.

Which diseases have similar symptoms to ALS?

There are a number of diseases that can be confused with ALS, especially MS disease and Parkinson’s. Multiple Sclerosis, or MS, is one of the common diseases that can mimic ALS. Muscle stiffness, spasms and walking difficulties can be seen in the early stages of ALS and MS diseases. However, as the diseases progress, the differences between the two diseases will become easier to understand. While MS is an autoimmune disease affecting the myelin sheath of nerve cells in the brain and spinal cord, ALS is a degenerative disease that usually begins in a highly localized part of the body and affects the upper and lower motor neuron.

Parkinson’s and ALS diseases also share some similarities. Symptoms such as postural imbalance in the early stages can cause confusion between the two diseases. However, Parkinson’s affects a specific part of the brain rather than all neurons in the body.

What can ALS patients do to facilitate communication during conversation?

For ALS patients to maintain and improve communication, the following can be done:

The following recommendations can help for those who have difficulty being understood by the person being spoken to:

What are the devices that can help patients with ALS to communicate more clearly?

What should listeners who want to talk to an ALS patient pay attention to?

Here are some ways listeners can help ALS patients who have difficulty speaking and communicating: