Home Unlabelled Best Biceps Exercise for Women: According to a US Study

Best Biceps Exercise for Women: According to a US Study 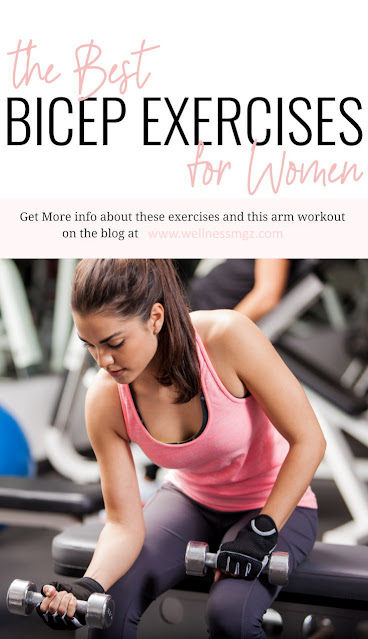 There need not be any muscle mountains, but a defined biceps looks good even on women’s arms. Which exercise trains the arm flexor most effectively? A US study has found the winner.

Even though women rarely stand moaning in front of the gym mirror and work on their muscle bundles with heavy weights to skilfully show them off afterwards: We also have nothing against defined arms, including biceps hills. But which exercise is the most effective way to train the arm curl? Scientists from the University of Wisconsin have investigated this in a study at the request of the American Council on Exercise.

To this end, they had 16 participants (eight men and eight women between the ages of 18 and 24) perform the eight most popular biceps exercises. In order to be able to measure the muscle activity precisely during the various exercises, the researchers attached electrodes to the biceps brachii and its neighbors, the anterior deltoid and the upper arm spoke muscle.

The result: The Concentration Curls landed in first place with a clear lead. The exercise involves sitting on a bench, resting your elbow on your inner thigh and pulling the weight up towards your shoulder.

The reason: With the Concentration Curl, the biceps have to work in isolation – the name says it all. “Some of the other exercises activate the deltoid muscle and shoulder at the same time,” explains study director John Porcari the result. “And with many of these exercises you automatically swing your arm or shoulder forward to stabilize the muscles.” With the Concentration Curl, on the other hand, the upper arm is fixed. This activates the biceps the most and the deltoid the least.

Motivation also seems to play a not insignificant role – and this is quite high with the Concentration Curls because you can observe the biceps up close and see the results clearly. The biggest advantage of this exercise – the focus on the biceps – is also a disadvantage, because for taut and strong arms it makes more sense to train several muscles through functional exercises.

Conclusion: The concentration curls belong in every arm workout, but should be supplemented with other exercises – for example:

Cable Curls – Test of strength with the cable pull

With the cable curl, you stand with your knees slightly bent in front of the cable, your hands on the handles, your elbows close to your body. The palms face up. The upper arms stay tightly against the body while the forearms rise as you exhale – until the bar is at shoulder level. Hold the contraction for a second and then bring the bar back to the starting position in a controlled manner while inhaling.

Everyone knows them, hardly anyone can do them properly – pull-ups. They can be performed almost anywhere and train different muscles depending on the grip width. In this tight variation, the upper arm muscles must support the back muscles properly: Grip the bar shoulder-wide with your hands, palms facing the body. The legs hang in the air, preferably crossed. Now without swinging pull the chin to the bar. Caution: Do not extend your arms completely in between, this puts too much strain on the elbow joints.

Barbell Curls – Up with the barbell!

For the barbell curls, grasp the barbell about shoulder width apart, with the palms facing towards the body. The knees are slightly bent, the upper body remains upright, the elbows are close to the body. The upper arms do not move while the forearms rise as you exhale until the bar is at shoulder level and the biceps are fully contracted. Hold here for a moment, then bring the bar back to the starting position in a controlled manner while breathing in.

For the preacher curls you need an incline bench and an EZ bar – a jagged barbell bar. The hands reach shoulder width apart, the palms point towards the body and should be inclined a little inwards. The upper arms are on the incline bench, the chest is behind the bench. The exercise begins with the bar at shoulder height. As you inhale, slowly lower the bar down and extend your arm until the biceps are elongated. As you exhale, push the weight back up until the biceps are fully contracted. Hold for a moment, repeat the exercise.