Home Unlabelled How to Get Rid of Pimples on The Nose

How to Get Rid of Pimples on The Nose 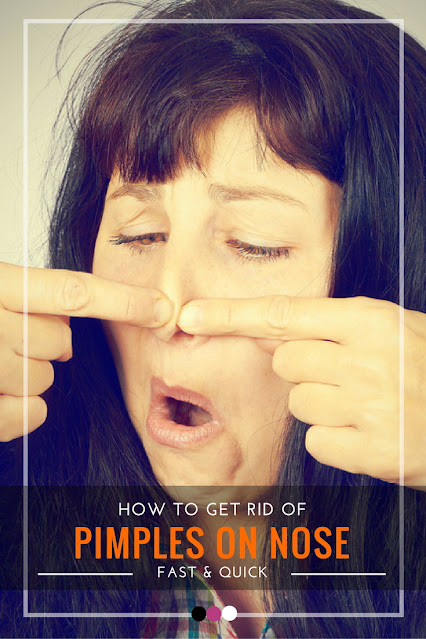 Everyone probably knows blackheads on their nose. But pimples on the nose? Where the nasty impurities come from and what you can do about it – Women’s Alphabet explains!

Pimples on the face sprout primarily in the T-zone on the forehead, chin and nose. Sometimes skin blemishes also appear in unusual places. Not only pimples on the tongue, but also pimples on the nose are super annoying and painful.

Pimples on the nose: Causes

The causes of pimples on the nose can be varied:

Before you start the treatment of your pimples in the nose, it is important to make a reliable diagnosis. Pimples on the nose are often confused with nasal herpes or a boil on the nose.

How to Get Rid of Pimples on The Nose

Under no circumstances should you pop pimples yourselves. If you bump your nose and pop the inflammation, you risk worse irritation. If you want to get rid of pimples on your nose, the following tips and home remedies are better:

Keep the nasal mucosa moist. A steam bath with chamomile flowers is ideal.

That’s the way to do it: Boil two liters of water. Pour hot water over a handful of chamomile blossoms or two bags of chamomile tea, let it steep for five minutes and then hold your head over the bowl and inhale covered with a towel for a few minutes. Alternatively, you can also apply the camomile flower brew to the pimples in your nose with a cotton swab.

Seawater-based nasal spray also helps to moisten the nasal mucous membrane and thus supports the healing process of pimples on the nose.

Tea tree oil has a similar antiseptic effect and kills bacteria on the nose. To do this, dip a cotton swab into the tea tree oil and dab it on the pimples on your nose.

How to prevent pimples on the nose

If you want to avoid pimples on your nose in the long term, you should consider the following points:

If you should not get rid of your pimples on your nose despite our tips, please consult a doctor. Sometimes a serious illness can be behind the symptoms.

In addition to the face, blackheads and pimples can also appear on other parts of the body, for example on the back or on the décolleté. If the skin produces particularly large numbers of blackheads, papules or pustules, which also recur and become inflamed, then it is acne. If there are painful lumps under the armpits, in the groin, bottom or even under the breasts, it is called acne inversa. A visit to the doctor is urgently required!