Home Unlabelled Why Do I Sweat So Much?

Why Do I Sweat So Much? 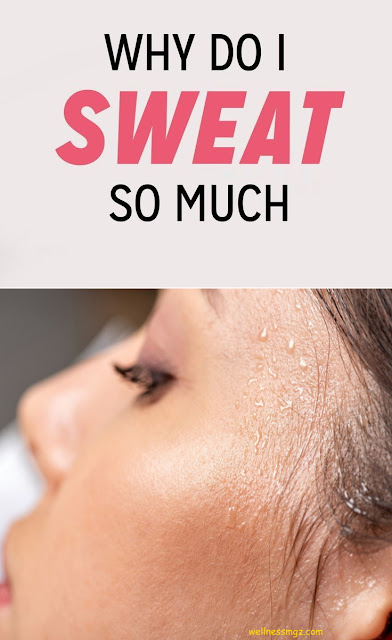 Sweat protects the body from overheating. But if I sweat a lot, maybe there is a disease behind it. What can I do?

Our approximately two million sweat glands perform vital work: when our body temperature rises, they produce a watery secretion that evaporates on the skin and thus extracts heat from the body. When we sweat, we lose an average of half a liter to 0.7 liters of fluid per day – on hot days it can be as much as three liters. If we exert ourselves physically or are under stress, this additionally boosts sweat production.

But what if we sit in a well-tempered room, hardly moving, not under pressure – and still sweat a lot? The idea of going to the doctor for this is something that few people think of. This is shown by a study for which a team led by Professor Matthias Augustin, Director of the Institute for Health Services Research in Dermatology and Nursing Professions (IVDP) at the University Medical Center Hamburg-Eppendorf, interviewed and examined more than 14,000 adults in 52 companies. Although 16.3 percent of the employees stated that they sweat excessively, only 27 percent of them had ever received medical treatment for this problem. This can be treated for so-called hyperhidrosis.

Most affected people sweat all over their bodies

For Augustin, the line between normal and abnormal sweating runs along the line of personal suffering: “Do I feel disturbed and does sweating limit me? If I answer yes to this question – and most people affected do – I should have myself examined by a doctor,” he advises.

In his study, extreme sweating was limited to the armpits, palms of the hands or soles of the feet in 28 percent of those affected. Far more sweat all over the body. While focal sweating predominates in younger years, generalized sweating increases with age. Often affected people tend to go to the doctor for other reasons, such as psoriasis, warts, athlete’s foot or nail fungus. These are often consequences of the actual problem.

Doctors distinguish between primary and secondary hyperhidrosis. In both cases, the vegetative nerve cells emit increased signals, which over-stimulates the sweat glands. In primary hyperhidrosis there is often no recognizable organic cause. Affected persons usually sweat locally – especially under the armpits, on the palms of the hands, the soles of the feet or the forehead. Secondary hyperhidrosis, on the other hand, which usually manifests itself through generally heavy sweating, is often only a symptom of an underlying disease. Possible causes include infections, diabetes, overweight, tumors or hyperthyroidism. Hormonal changes during the menopause or medication such as antihypertensives, psychotropic drugs or thyroid preparations can also trigger excessive sweating.

If you sweat all over your body, you should rule out an underlying disease

If you sweat all over your body, you should first go to your family doctor or internist to rule out an underlying disease. “If the sweat areas are clearly limited, the dermatologist is the right person to contact,” says Matthias Augustin. External treatment can help here. A deodorant that merely cleanses the odor is not enough. If there is too much sweat, Augustin therefore recommends so-called antiperspirants – creams or deodorants containing aluminum chloride that constrict the exits of the sweat ducts for a certain time.

Although such deodorants with aluminum salts are criticized, there is “so far no evidence that they pose a health risk – and no long-term studies either,” emphasizes Augustin. The Federal Institute for Risk Assessment also points out this knowledge gap. However, because we also ingest aluminum through food, the institute recommends that cosmetics with aluminum salts are at least not used every day.

Nevertheless, aluminum chloride helps people suffering from hyperhidrosis to reduce their sweat quickly and reliably. Excessively sweaty palms of the hands and soles of the feet can also be treated with light electric waves in a water bath. Another proven method is the bacterial toxin botulinum toxin (Botox), which is injected into the affected areas of the skin in cases of severe hyperhidrosis and thus blocks the switch points between the nerve cells for several months.

When patients despair of their heavy underarm perspiration, dermatologists advise surgical intervention as a last resort. This involves scraping or suctioning off about three quarters of the sweat glands in the armpits with a sharp spoon. “The heat balance is not affected by this,” says Matthias Augustin. “We do not need every square centimeter of our sweat glands. The area under the armpits is quite small.

In order to minimize the risk of scars or nerve injury, an experienced doctor should perform the procedure. Advice from an expert is always helpful – regardless of whether I am only sweating heavily in certain parts of my body or all over my body. A proven home remedy is sage, by the way. It is available as tea or in capsules at the pharmacy or drugstore.