Sunday is longer than Monday. You know what that means right? Then, welcome to the #IHateWearingABra fraternity. It gets sick after a while having to keep adjusting your bra straps over and over again. Did you have to resist the temptation of going braless every single morning? Don’t let silly bra problems ruin your otherwise perfect day slash life. Go ahead and read these 9 bra hacks that will save you all the drama in the mornings (which just seems to magnify on Monday mornings magically). Always happens, doesn’t it? 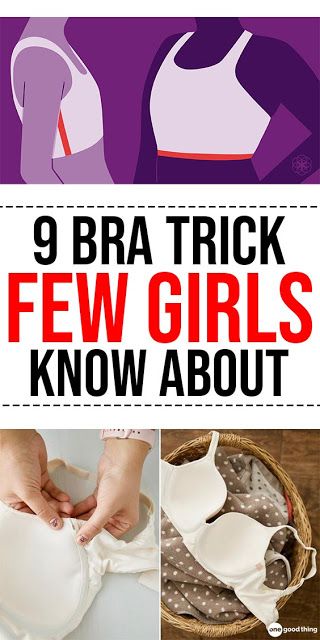 Since we are anyway talking about magic, here’s a hack that you must know. You know, sometimes, there’s nothing really wrong with your dress and the bra you are wearing under it. It is just that there’s nothing very right about it either! If you want to add a little bit of oomph to your cute little party dress, magic bra it is. This bra is worth the hype that is surrounding it. It is just silicon adhesive bra cups that hold on to your boobs and keep them in place. It is also called as a free bra for obvious reasons. It is like wearing a bra but not actually wearing one. It gives the lift, it gives the push, and it sticks to your boobs. Still, it doesn’t squish the lumps and make you feel uncomfortable. It is perfect for an off-shoulder, or if you want to flaunt your cleavage. No straps are cutting through your skin, and no wires are poking your boobs all over. It’s just a comfortable, free bra that’s a must-have in every girl’s wardrobe.

2) Use Nipple Covers Instead
These are yet another boon that women have been blessed with. If your bust is not heavy and you want to go braless but are scared of the nipples showing through your clothing, this is for you. Buy yourself a pair of silicone adhesive nipple covers. They usually look like little pretty nude flower-shaped thingies hooking on to your nipple. Also, if you are just too lazy to buy them or if DIY is your thing, just get yourself a bunch of band-aids. Stick them on in a criss-cross manner over your titties. Fortunately, band-aids come in nude color and become perfect alternatives for nipple pads.

3) Wear A Strapless Bra Under Your Bandeau
Often, a bandeau top loses its shape when worn frequently and looks lifeless. Things start popping out from the bottom too. If you want your boobs to look firm and perky, slip in a strapless bra under your bandeau top. The strapless adds to the support and gives a marked definition to your boobs making them look fuller and rounder. You wouldn’t even need to put up with the straps showing since it is a strapless bra anyway and you wouldn’t need to put up with a loose bandeau because the strapless bra is holding things in place for you.

4) Double-Sided-Tape It Up
Adhesives come in so handy in this lingerie business, don’t they? If you’ve yet again decided to go bra-less but are conscious of a #nipslip, stick your clothes with a double-sided heavy duty cloth adhesive tapes. If you don’t have them, any double-sided tape should do. Also, in the worst case scenario use your eyelash glue. That will keep your clothes adhered to the skin, and you can stop being conscious. The whole idea of going braless is to break free from the discomfort it is causing. If you continue to think of your nipples slipping or showing, the whole purpose is lost. Use this hack to throw the bra off u\your boobs and finally take a deep breath.

5) Panty Liners to Mend Your Bra
Did your underwire just decide to pop out of the bra? There’s always a solution. Cut a part of a panty liner and fasten it around the underwire. The panty liner already has a little adhesive which is enough to keep the underwire from cutting through your skin. Also, panty liners aren’t very thick, and it won’t look like you have stuffed something inside the bra. You can use this panty liner hack whenever you need this sort of mending.

6) Broad Band
Strapless bras are fantastic to look at. It is not always as comfortable it looks like, though. It doesn’t always give you the support you need. However, a lot depends on what kind of bra you are choosing. Just ensure you select a strapless bra that comes with a broader band behind. A thin band looks sleek and sexy but might not give you the support you are looking for. Also, if this is also not giving you enough support, use some convertible bra straps. Hook them on the bra, and wrap them around your boobs to hold them all together.

7) Insert Those Silicon Pads
You can never have enough silicon pads when it comes to bras and boobs. You can spare yourself some inconvenience if you buy the bra of your size. Most women do this wrong. Insert two finger under your bra straps. If they slip in easily, you are wearing the right size. If the bra is too tight, you will find it difficult to slip them in. Also, if there’s space for more fingers, you are obviously wearing a loose one. This applies to the band at the back of the bra too. There should be enough space for just two fingers. Anyway, if your skin is too sensitive and you have to put up with bra marks all over your shoulders even after wearing the right size, invest in some silicon pads. These are tiny patchy transparent pads which you can insert below the straps. That sounds like such a relief!

8) Buy Those Bra Extension Straps
So, you can’t decide what your size is, and one size seems tight, and the next size seems just too loose. (Is there a girl who can’t relate to this? It is either the bra, or the panty, or the shoes) Yikes! What a fix! No problem (at least concerning the bra), buy some bra extension straps. If you feel the cup size is perfect, but the straps and bands are just too loose, attach an extra bra extension strap to the tightest hooks. This will give you additional hooks to make it tighter. Similarly, if the bigger cup size is perfect, but the band is too tight, attach the extension to the loosest hook. You could use these extensions if you have worn your bra gazillion time and the elasticity is completely lost but you still do not want to throw that away. It will add a few more months to its life.

9) Fasten It With An All Pin
If you wanna be badass and show your straps off, or are just too annoyed by your peeping bra straps, buy some all pins. Weren’t all pins for papers? Yes, of course, but why not use it to fasten the bra straps, that too when it promises to make your life easier? Pull your bra straps together at the back and fasten them both with an all pin. There’s no chance they will slip off from your sleeveless top anymore. Also, you just made your regular bra look like a racerback one!

Doesn’t life seem easier when you realize that there’s something you can actually do about the never-ending bra woes? Do you have some more hacks to share? Feel free to flood the comments section below with your views.