Herbal and food antibiotics are available, but people tend to spend lots of money on conventional antibiotics. Unfortunately, many pathogens are becoming immune to drugs such as amoxicillin. It also requires a doctor’s prescription to obtain such class of drugs. The easier and cheaper way to obtain antibiotics is to go to any grocery or health food store to get them. Surprisingly, they are quite effective in treating various diseases and health condition. 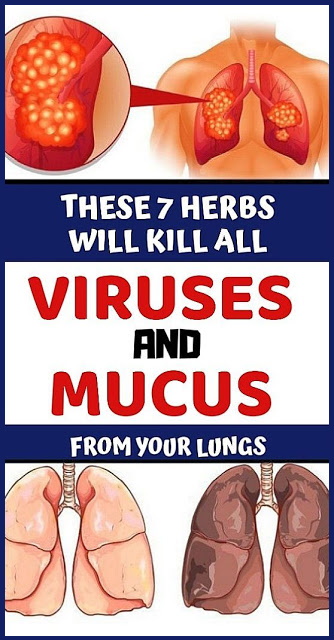 Garlic isn’t just for spicing up when cooking. They belong to the onion family and had been used by humans for at least 7,000 years. Garlic consists of many different varieties for medicinal purposes such as antibacterial, antioxidant, antiviral and antifungal properties. In fact, its possibilities seem limitless as its use may help prevent serious diseases like cancer, heart disease, high blood pressure, and atherosclerosis. It also cleanse or thin the blood. Garlic can be effective in treating gastric ulcers and acne. As a natural antibiotic, garlic may be the best not because of its potency but also because it contains many nutrients and vitamins.

Echinacea is a flowering plant found in North America. There are nine different species of this plant, each with its own chemical properties. Plains Indians of North America often used echinacea for various medicinal purposes including pain relief and snakebite. It is believed to contain an immunostimulant, echinacea is often used to prevent the common cold and or treat it once it’s begun.

Ginseng is found throughout temperate areas of the Northern Hemisphere. Usually sold in its dried form. Ginseng has many medicinal applications for diseases and conditions such as type 2 diabetes, sexual erectile dysfunction in men as well as lack of energy. With all the goodness, it is no doubt the reason why ginseng is often included in popular energy drinks. Ginseng’s therapeutic effects may also include treatment for respiratory illnesses, influenza, cancer as well as quality of life.

It is a perennial herb grown in hot dry climates such as the Mediterranean. It is also generally used to spice up Italian and American cuisine. Oregano has antiseptic qualities as well. For centuries people such as Hippocrates (the father of Western medicine) have used oregano to treat stomach and respiratory ailments. Sometimes it is also act as a pain relief for sore throats. Oregano also has antioxidant and antimicrobial properties because of its high content of phenolic acids and flavonoid.

Colloidal silver maybe the most speculative antibiotic on this list. Many people claim it works wonders when taken orally at the onset of the common cold influenza or various respiratory illnesses. Silver has been used to fight infections for centuries. Colloidal silver is simply a mixture of tiny silver particles suspended in a colloidal fluid similar for use in dental fillings and jewellery. Silver ingestion can be toxic use, hence, the use of colloidal silver for longer than 10 days is not advised.

Neem oil is a vegetable oil made from the fruits and seeds of neem, an evergreen tree found on the Indian subcontinent. It is composed of mainly triglycerides. Neem oil is not used for cooking purposes but primarily used to make cosmetics, soap and medicines. Neem oil has been used to treat illnesses such as acne, leprosy, malaria, tuberculosis, tetanus, eczema and many others. Equipped with strong antibiotic component, neem oil is also used in pesticide.

Slippery elm also known as rare down is a deciduous tree found in the eastern United States. The reddish inner bark of the tree or its leaves can be grounded into powder and used to make tea. It helps to relieve digestive problems. Slippery elm can also be used to treat sore throats, arthritis, various intestinal disorders, diarrhea, urinary tract infections and is also useful for expelling tapeworms. Moreover, the bark of this tree is so nutritious it can be eaten as food or taken as a dietary supplement.

Olive leaf extract have shown great promise as an anti-inflammatory agent, antibiotic and has an antioxidant capacity twice that of green tea extract and four hundred percent greater than that of vitamin C. The leaf extract may be effective in treating high blood pressure. Recent research has shown that olive leaf extract can be used to treat cancers and tumours but clinical trials in this area are lacking.

Honey specifically those that are produced by honeybees and not other types of bees or insects has been used by humans for at least eight thousand years. The antiseptic and antibacterial properties of honey make it ideal for treatment of gastric ulcers, wounds and burns. These properties also make honey an excellent preservative. Honey has proven effective in the treatment of sore throat, coughs colds and allergies particularly those involving Rhinosinusitis.

Grapefruit seed extract (GSE) is a liquid derived from the seeds, pulp and white membranes of grapefruit. Some nutritionists claim GSE has antimicrobial, antiviral and antifungal properties and is therefore effective in treating ailments such as candidiasis, earache, sore throats, gastric, ulcers and diarrhoea. GSE has also been used to treat dental problems such as gingivitis. One study suggested that GSE could help prevent the occurrence of colon cancer.

Many of these substances may not be what they’re purported to be. In fact, some appears to have little scientific basis regarding efficacy and may do more harm than good when taken in high amount. Therefore, takes caution when taking the aforementioned herbs supplements for medicinal purpose.