What are Periodontal Diseases?
Periodontal disease, also known as gum disease, can be classified into gingivitis and periodontitis. Gingivitis refers to the swelling of gums, whereas periodontitis affects the gums as well as the bone supporting the tooth. 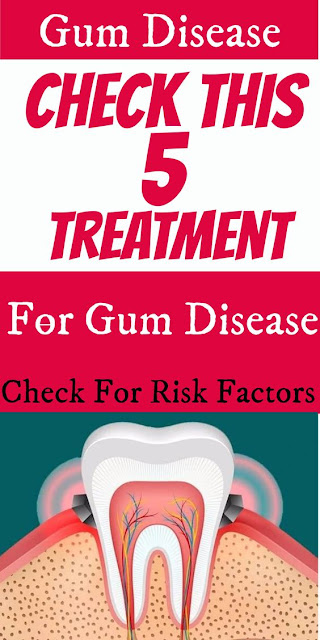 Periodontitis can result in eventual bone loss and loss of teeth due to mobility. Gingivitis (gum inflammation) precedes periodontitis, but not all gingivitis cases can progress to periodontitis.

What are the Types of Periodontal Diseases?
So, the two types of periodontal diseases include:

The different types of periodontal diseases have to be treated in a specific manner, and the treatment protocol varies according to the type.

The plaque deposits form on the teeth a couple of hours after brushing the teeth, and inadequate cleansing measures will result in the multiplication of the microorganisms in the oral environment.

Our body also behaves like a double-edged sword wherein while defending against the microbial infection, the cells of our immune system release substances that cause inflammation and simultaneous destruction of the periodontal tissues.

Initially, it causes the first stage of the disease, which is ‘gingivitis’ (swelling of the gums) and with the continuous build-up of plaque, there is a destruction of the underlying periodontal ligament and alveolar bone.

This results in the more severe form of the disease that is known as ‘periodontitis.’

There is a snowball effect where the plaque build-up below the gum line causes the gums to detach and form a space between the tooth and it is called a ‘periodontal pocket.’

The pocket allows for more plaque accumulation, and the cleansing becomes even more difficult, resulting in the underlying destruction of the periodontal tissues.

If left untreated, it can cause eventual tooth loss as the supporting periodontal structures like the periodontal ligament, cementum, and alveolar bone get destroyed due to the spread of the inflammatory process .

Another clinical manifestation is the formation of calculus (tartar) due to the prolonged accumulation of plaque on the tooth surface.

Calculus is the hardened, calcified form of the plaque, and it cannot be easily removed with the toothbrush. Calculus is rougher than enamel, and it favors further plaque accumulation culminating in a downward spiral of periodontal disease.

What are the Risk Factors for Periodontal Diseases

What are the Signs and Symptoms of Periodontal Diseases?
The mouth is the mirror of the entire body and it is pivotal not to know the difference between normal and diseased areas.

The gums normally appear pink in color with a well-defined contour and are firm in their consistency. The inflammatory disease process because of the microorganisms results in a change in the color, contour, and consistency. Since the periodontal disease can be painless, it is crucial to note these signs in the oral cavity.

What are the Different Stages of Periodontal Disease?
In the gingivitis stage of the disease, it is usually reversible, and with the removal of plaque and tartar, it can revert to normalcy.

In mild-moderate periodontitis, periodontal therapy can be advised in various phases along with a strict oral hygiene maintenance regiment. In advanced forms of periodontal disease, the extraction of hopeless teeth may be the only treatment modality that can be advisable in those cases.

What are the Different Treatments Available for Periodontal Disease?

What Can Be Done to Prevent Periodontal Disease?
Just like most of the diseases, periodontal disease is also preventable, provided these habits are inculcated in your daily routine.

What are the Home Remedies for Periodontal Disease?

Salt
The antiseptic and antibacterial properties of salt can take care of the bacteria that cause periodontitis. Plus, it can reduce inflammation and pain .

Oil Pulling
In traditional medicine, oil pulling has been used extensively to strengthen the teeth, gums, prevent oral malodor, bleeding gums, dryness of the throat, and cracking of lips. It can even strengthen and promote good periodontal health .

Turmeric
Turmeric can easily kill the bacteria present in the gums as well as relieve pain and inflammation. Curcumin is the active ingredient in turmeric, and it has potent anti-inflammatory and antioxidant properties. It also promotes oral health .

Guava
Being rich in vitamin C, guava is also considered an excellent remedy for periodontitis. It works as an anti-plaque agent and helps in removing plaque present on the teeth and gums. Plus, it’s anti-inflammatory, and analgesic properties help reduce swelling and pain on the gums .

Neem
Indian lilac, also known as neem, is also very beneficial in getting rid of periodontitis. Its antibacterial properties help keep your gums free from harmful bacteria. Also, it helps combat bad breath and keeps your gums and teeth healthy .

Holy Basil
It is a good remedy for treating bleeding gums, one of the most common symptoms of periodontitis. Its antibacterial property can reduce the effect of harmful bacteria in the mouth. It also helps safeguard against other dental problems like toothaches and pus or pain in the gums .

Cayenne Pepper
It has anti-inflammatory properties that can help reduce swelling of the gums caused by periodontitis. Being rich in capsaicin, cayenne pepper also helps in reducing pain .