Home Unlabelled Beware Of The #1 Cause Of Acute Liver Damage

Beware Of The #1 Cause Of Acute Liver Damage

Tylenol is a pain reliever and fever reducer that most people keep in their medicine cabinets and use at any fever, cold or flu attack. It’s even given to children to reduce the symptoms of fever and the common cold.

However, many don’t know that the main ingredient in Tylenol, acetaminophen, has repeatedly been linked to acute liver failure and liver damage. 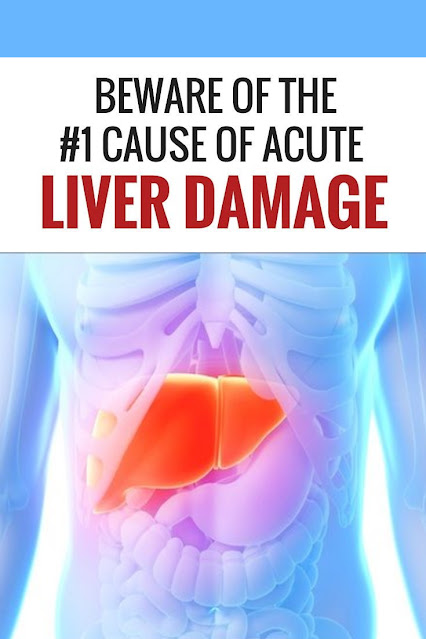 What The Label Doesn’t Say

Acetaminophen is the common denominator of many prescription and non-prescription drugs including Excedrin, NyQuil, Theraflu, Vicodin, Percocet. These drugs are commonly used to relieve pain caused by headaches, arthritis, toothaches, and menstruation.

Despite the fact that these drugs are commonly used and most people see them as harmless, they do bring on a number of side effects. In fact, around 56,000 emergency room visits are recorded annually as a result of acetaminophen overdose including 26,000 hospitalizations. If patients receive immediate treatment, they only suffer minor liver damage. However, nearly 450 people die each year as a result of these drugs.

It’s now known that long-term use of acetaminophen can cause serious liver damage and some doctors are even switching their patients to the highly addictive oxycontin just to avoid these risks.

A Little Goes a Long Way

A study published in the Journal of the American Medical Association found that even proper use of acetaminophen drugs can lead to liver damage. The study included healthy volunteers who were given Tylenol. Their blood levels of alanine aminotransferase (ALT), an enzyme produced by your liver as it breaks down proteins, increased 3 times above the upper limit.

The One Thing you Should Never Mix with Tylenol

It’s a common habit, especially among young people, to take 1-2 Tylenols before going out as it can prevent hangovers. But, this only puts their life or their kidneys at risk.
According to new research, taking Tylenol with a small amount of alcohol increases the risk of kidney disease by 123%.

In the words of lead researcher Harrison Ndetan, an associate professor for research and biostatistics at Parker University in Dallas, “Most people take this medication without any input from pharmacists or physicians, and that’s where the public-health concern is. People buy acetaminophen over the counter, and they also are casual alcohol users, and they don’t know that there is a harmful interaction.”

He further adds that “Alcohol can interfere with the gene that regulates the way the body processes acetaminophen.” Although the label clearly says that Tylenol is not to be mixed with alcohol, this warning is often ignored.

Professor Ndetan wants to raise public awareness on the matter saying “…it is important for people to receive this message because people will take them despite those warnings.”

How to Heal Your Liver

If you’ve been a long-term user of Tylenol or other acetaminophen products, be aware of the symptoms of liver damage. The most common include nausea, vomiting, stomach pain, dark urine, dark-colored stools, jaundice, and loss of appetite. It normally takes some time for the symptoms to develop but they do indicate liver damage, even liver failure.

Also, protect your health by staying away from Tylenol and other acetaminophen products. Last, but not least, detoxify your liver every now and then.