We tend to think that going bald “down there” is a relatively new phenomenon, but according to Psychology Today, humans have been trimming and shaving their pubic hair for thousands of years. People have always subscribed to the misguided notion that grooming is more hygienic than our all-furry, natural state. Biologically, pubic hair is there for a reason— and keeping it can have more benefits than you would think. 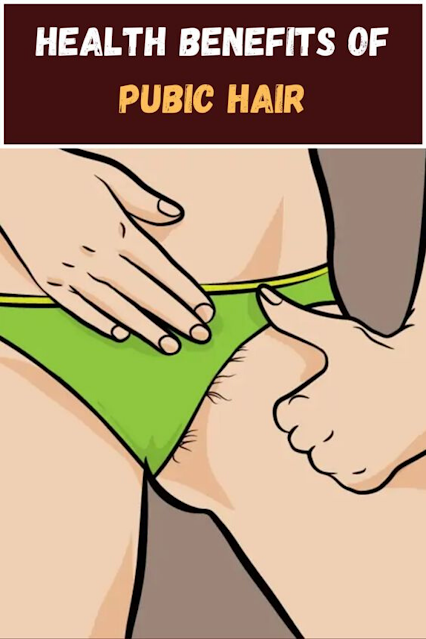 In an interview with Independent, Dr. Vanessa Mackay, a member of the Royal College of Obstetricians and Gynaecologists explained that pubic hair actually plays a key role in stopping pathogens (like viruses, bacteria, and foreign particles) from entering the vagina— but because the hair also controls moisture levels “down there”, it’s super effective at reducing the likelihood of yeast infections.

As mentioned, pubic hair helps prevent pathogens from entering the vagina— and that includes sexually transmitted diseases (which are caused by bacteria, parasites, and viruses). In a study published in the JAMA Dermatology journal, shaving and waxing were actually associated with higher rates of STIs. While pubic hair no doubt creates some type of barrier between you and a sexually transmitted infection, researchers suggest another factor may be at play: grooming creates tiny cuts (or ‘microtears’) in the skin, ultimately making it easier to be infected. Either way, when it comes to avoiding STIs, natural pubic hair is the best grooming option.

Body hair is a known thermal regulator. We’ve already talked about how the pubic area creates a ton of sweat, your body’s natural way of cooling itself— but according to ABPI it can also retain heat. When it comes to body temperature, Cosmo describes genital grooming as “shooting a laser into your central air unit.”Better Skin

According to the Dermal Institute, shaving is a really big stressor for our skin— and the trauma is easily seen in the form of razor bumps, burns, inflammation, and ingrown hairs. The same applies for waxing. By removing your pubic hair, you’re actually doing damage to your skin’s lipid barrier, which results in dehydrated skin, irritation, and feeling sensitive. Going au naturel means that the skin on your lady parts will be in tip-top condition.

While pubic hair may not provide much protection for men, board-certified ob-gyn Jacqueline M. Walters (via Glamour) says that, for women “[Pubic hair] provides a cushion against friction that can cause skin abrasion and injury […] it’s the perfect cushion during sex, bicycling, and other forms of exercise that put pressure on your vagina.”

While some women think body hair is embarrassing, it may actually make you feel better during sex. According to neuroscientist David Linden (via Nashville Public Radio), “People have special nerve endings (wrapped around the base of hair follicles) that detect the deflection of the hairs [So] hairy skin has a special caress sensor”. By removing pubic hair, you are actually limiting your sexual pleasure.

Don’t fall for the grooming craze— natural pubic hair is the best for your health.