How to Relieve Sinus Pressure with 6 Natural Home Remedies

It is possible to relieve the symptoms of sinusitis, which is one of the common ailments especially in winter, with natural home remedies.

Sinusitis is a condition caused by excessive filling of the sinuses, which are the air gaps between the facial bones, with mucosa due to reasons such as infection or allergies. Normally, when the mucous layer, which makes the sinuses to be moist and healthy, increases for various reasons, it causes obstruction of the ducts and various symptoms occur. 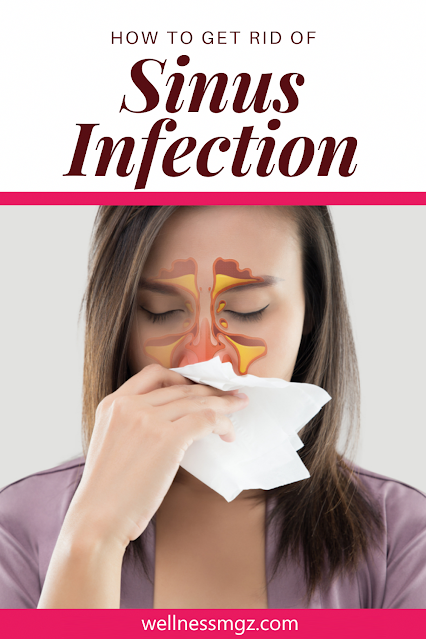 Sinusitis, which occurs with symptoms such as dry cough, postnasal drip, nasal congestion, inflamed nasal discharge, throbbing headache, ear pain and weakness, can become chronic if left untreated. Causes such as colds, being in dry environments, and infection can also trigger sinusitis.

What should be done to prevent sinusitis?

What are the natural home remedies that are good for sinusitis?

Medicinal chamomile (Matricaria recutita) plant is a good anti-inflammatory and antimicrobial. Chamomile tea, which you will brew with a teaspoon of dried chamomile and a glass of boiled water, is very effective in reducing the symptoms of sinusitis as well as alleviating upper respiratory tract infections. When you start feeling sinusitis complaints, you can consume one or two cups of chamomile tea a day.

As well as drinking chamomile tea, smelling its steam helps to reduce sinusitis complaints. Boil a liter of water in a saucepan, add a handful of chamomile, close the lid and let it steep for 5 minutes. Then lean over the pot and cover your head with a cheesecloth or cloth to prevent the steam from escaping, and smell the steam rising from the pot for 5-8 minutes. Just as it relieves nasal congestion, it will also be good for headaches. Then, you can rest by placing the cotton wool soaked in intense chamomile tea in the pot over your eyes. Relaxing the eyes with chamomile tea will both remove the swelling of your face and reduce your headache complaints.

Put a small towel that you have warmed by soaking in hot water on your face and rest for 5 minutes. Your sinuses will warm up and the warmth will relax you.

The hot water you put on your radiators or other heaters in a suitable container will evaporate and increase the amount of humidity in the room. In order to reduce the complaints of sinusitis, which becomes much more severe in environments with dry air, you should make sure that the air of the room you sleep in is sufficiently humid.

You often need to wipe your runny nose, but this may trigger different ailments by causing the nose around to dry. To prevent this and to open your sinuses in a healthy way, you should clean your nose 4-5 times a day with water or salt water. Especially before going to bed, taking salt water into the nose several times and then draining the sinuses will help you sleep much more comfortably. You can also use ocean water sprays sold in pharmacies for this.

Boil a liter of water in a pot, chop a whole onion into it and let it boil for another 1-2 minutes. Then breathe in the steam of the mixture, just like making a chamomile mist. Known to be a very strong antibiotic and antibacterial, onion will facilitate the opening of the sinuses.