Knowing The Symptoms Of Liver Disease Could Save Your Life

It is important to understand the role of our liver is in our daily lives. A healthy liver is vital for survival. Understanding when and what to do if it gets damaged, really could save your life.

Your liver is your biggest organ and gland, it aids with digestion and removing toxins before they can enter the bloodstream. It plays a crucial role in a number of body system functions. 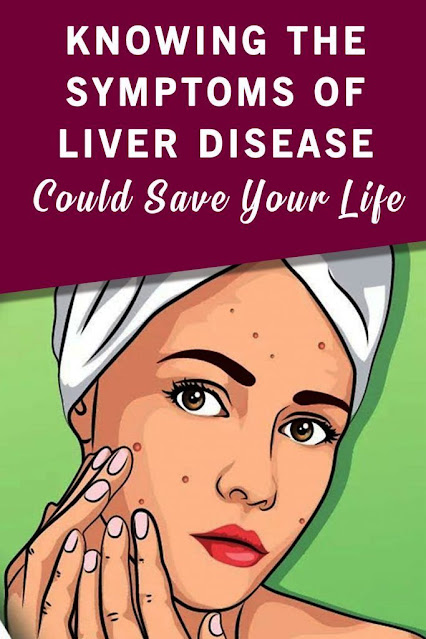 The modern liver is very much under attack, with bad diets, GMO food, sedentary lifestyles and constant abuse from toxins in the environment, alongside the heavy reliance on medical science and enforced medication, like antibiotics and vaccines. All of these contributing factors mean that the modern day liver is under threat. And most of us only become aware of the damage, once its too late.

In a healthy adult, a normal liver will weigh somewhere between 3 to 3.5 pounds.

The functions of the liver

The key functions of the liver are to detoxify your blood and to enhance your digestive system, creating bile, which helps to break down the fats that you consume into small pieces, making them easier for your small intestine to absorb.

Here is a quick summary of the many other vital functions of the liver:

Knowing how to recognize the symptoms of liver disease can save your life. As with so many illnesses and diseases, liver disease, if spotted early enough, can be halted naturally.

Liver disease if caught early can be cured, providing the causes have been identified and are avoided in the future, then the liver can be left to fully recover. It can grow new healthy tissue to replace damage. And once again this is only as long as the disease has not been allowed to progress too far – hence the importance of understanding what the warning signs are.

The most frequent and common symptoms of liver disease include:

These symptoms of liver disease relate to hepatic disease in general. But there are also many different, specific, illnesses or diseases that affect the liver, and each of these has its own specific symptoms.

Liver disease is also sometimes referred to as hepatic disease. When any type of hepatic disease affects up to three quarters of your liver tissue, that’s when a significant decrease in liver function can be detected.

The causes of liver disease

Liver disease can be brought about in a number of different ways:

Genetically engineered wheat contains an enzyme suppressor that, when consumed by humans, could cause permanent liver failure (and death). Was the warning issued by molecular biologist Jack Heinemann of the University of Canterbury in Australia back in 2012.

Heinemann published his eye-opening report that detailed this warning and called for rigorous scientific testing on animals before this crop was ever consumed by humans. Which of course fell more or less on deaf ears, as the wheels of industry continued to churn unabated.

Heinemann warned us in this report that the enzyme suppressor in the wheat, might also attack a human enzyme that produces glycogen. Consumers who eat genetically modified wheat would end up contaminating their bodies with this enzyme-destroying wheat, causing their own livers to be unable to produce glycogen, a hormone molecule that helps the body regulate blood sugar metabolism. This, in turn, would lead to liver failure.

How to Repair the liver

There are many ways to repair the liver, as under the right conditions it can repair itself. Diet and exercise are essential, as ever. But here are more natural aids to the liver:

Please see this drink for an amazing liver cleanse.

mix one tablespoon of both lemon juice and cold pressed olive oil (or coconut oil) in a glass.

The best results are obtained if you drink this cleansing elixir in the morning, before breakfast. You should soon notice some changes. You will look younger, without any dark circles under your eyes, and your skin will have a fresh and healthy glow.

This elixir will also solve any digestion problems you may have, including constipation and intestinal problems, as well as clearing kidney and gall stones.

Take Selenium and chromium to repair and maintain a healthy liver, as well as to stave off cancer. Dr Jeff Bell says: “Selenium and Chromium work with the pancreatic and liver enzymes and keep blood sugar levels low.

The effect is actually quite dramatic. Yet, this does not lead to the low energy symptoms that someone with an unstable blood sugar problem is likely to experience.

The right type of stem cells will quickly regenerate your liver. As long as they are ethically sourced from a world class lab (with full consent from the mother), Cord Blood Stem cells work wonders when it comes to repairing damage to any organ, but the kidneys respond very well to thse naive, intelligent cells that have the ability to divide indefinitely.

They can functionally change into any cell in our body and can integrate to target tissue, either in the presence, or absence of damage. Stem cells are “undifferentiated” cells, which allow them to develop into another type of cell that is required to repair or replace damaged tissue.

Stem cell therapy can repair tissues that are too damaged to heal on their own.

They can also stimulate the formation of:

GcMAF is an essential human protein our bodies naturally make to destroy toxins and cancers. All 5 billion healthy humans make their own GcMAF. But if an organ or gland like the Kidney becomes damaged and your immune system compromised, then the body stops producing this wonder Protein that is essential at fighting disease.

So a course of GcMaf would greatly improve and restore your liver health.