Are you ready to hear about a quick fix diet that has been helping people lose up to 10 pounds in a week?

Not only that, this diet has staying power. It's a secret people have been using for decades to lose weight fast. 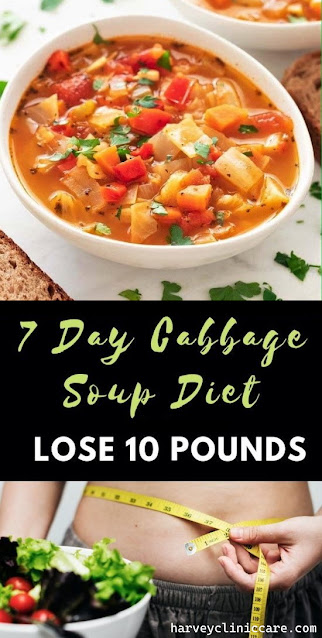 It used to be called the Model's Diet.

The best part is:

It's cheap and super healthy.

If you’re reading this guide right now, chances are you need to lose weight and lose it fast.

If that’s the case, please tell me you’re not reading this while gorging on a bag of processed junk food. If you are eating something you have no business eating, please A) dispose of it and B) consider the back of your head smacked. (If you have more time to lose the weight, check out this 17 Day alternative.)

The Best Diet No One's Talking About

The Cabbage Soup Diet is a quick fix solution and considered by many to be a bit of a miracle that can help people lose up to 10 pounds in a single week.

When someone first mentioned The Cabbage Soup Diet to me, my first thought was that this was NOT something that I would ever want to try. However, I am not completely opposed to cabbage, and other diets haven't worked for me so eventually, I did give this one a try. It is an amazing diet plan that really works...

After its popularity in the 1950s, the cabbage soup diet was forgotten for a time but then revived in the early 1980s as the Dolly Parton Diet, Trans World Airlines (TWA) Stewardess Diet, and the Model’s Diet.

No doubt these modern monikers were given to the diet because it was known that models, actresses and flight attendants back in the day would have periodic weight check-ins and, if they were overweight, risked losing their jobs.

Here's the long and the short of it:

You'll spend a few dollars on inexpensive vegetables (cabbage being the vegetable most used) and throw them into a pot and making soup so anyone on any kind of budget can give this diet a try. You could say it’s a super cheap way to lose weight.

Cabbage doesn’t get the love and respect it deserves as a superfood. It’s a very healthy vegetable that offers a ton of vitamin C (F *ck off scurvy) and a lot of fiber. You'll see in a minute why the high fiber content is so important.

3. Cabbage Fills You Up

Eating low-calorie foods that make you feel full is one of the secrets naturally skinny people use to fight cravings and eat less overall.

It's not known exactly why high fiber foods, such as cabbage, increase satiety. Most scientists agree the slower process of digestion of these foods tricks your body into feeling full longer.

Many studies have confirmed the importance of highly filling foods for appetite control. This one combined the results of multiple studies to conclude that by eating more fiber, people do eat few calories and they burn more fat. It seems that by adding 14 grams of fiber for 2 or more days people reduced calorie intake by 10%.

You can see in the Nutritional Value section above that you'll be adding almost double this amount of fiber per batch of soup.

The people in the study weren't actively trying to cut calories.

It happened naturally because they weren't as hungry.

4. Works as a Cleanse

Fiber not only helps you feel fuller if you often have trouble “going” – you’ll probably have an easier time of it this week and find your intestinal tract cleared and cleansed. Win/win, no?

A study published in the Lancet showed a 69% increase in the weight of bowel movements on a cabbage diet.

It kind of makes you wonder how long that extra stuff had been in there before the cabbage came along to carry it out.

Be careful because the diet is not something that you should continue for a long time. In fact, it is more of a cleanse than a diet. But, I happen to have lost 15 lbs on the diet myself... so I am a believer.

A cabbage soup diet is a form of intermittent fasting that gives your body a break from all of the usually processed garbage you shovel into it.

On this diet, you spend 3 days or more replacing crap with pure whole food--the kind that comes straight from the earth.

After a week of eating whole foods, your body feels refreshed and renewed as it has time to adapt to an absence of the many toxins it usually receives on a daily basis. Many people report diminished cravings for sugar and refined carbs.

6. A Form of Intermittent Fasting

Starve a little to lose a lot.

You may have heard of the eating, fast, eat diet--or any other diet that relies on fasting as a means of calorie reduction.

The cabbage soup diet is a quick and dirty version of an intermittent fasting diet.

Fasting diets are scientifically proven to help you lose weight and improve health:

You can read more about it here. If you wanted to keep up the weight loss over a long period, do the Cabbage Soup Diet just one a day a week for as long as you like after you complete the initial phase.

You can make a whole batch of the soup and store it in your refrigerator and just heat it up for later. This is so much more convenient than having to, say, juice fruits and veggies three times a day and clean the juicer each time.

Are You Up to the Task?

The Cabbage Soup Diet works for the person who just can’t seem to stick to any diet for any real length of time.

We’re a society of instant gratification hounds, and you KNOW you’re one of them. Most diets require you to be on them for four to six weeks before you see any real results.

Although the Cabbage Soup Diet is NOT intended as a long-term solution, what’s great is that by losing significant and noticeable weight in one week, you’re much more motivated to get into shape. It’s the perfect jumping off point for true long-term lifestyle changes.

This person swears by it for the long term with success:

I have been on the cabbage soup diet for a year (on and off). I've done it about six times and I've lost over thirty pounds. I do NOT like cabbage or most vegetables, for that matter. But, I bought a blender, blend it up REAL well and I drink it. I'm used to it, now.

The other person who this diet is perfect for:

The person who really doesn’t give a rat’s an** about making lifestyle changes, they just desperately need to lose 10 pounds in a week so they can fit into their bridesmaid dress and avoid armpit fat rolls.